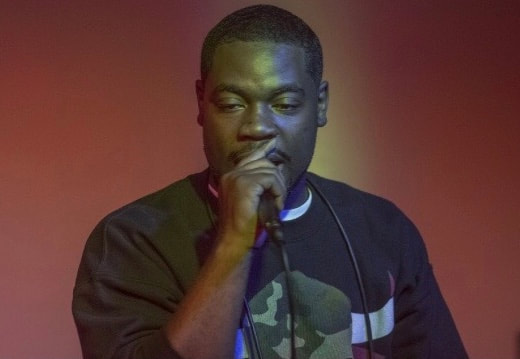 Darrell “The Arkutec” Murray is a Chicago-born artist, author, and digital creative.  He performed as one half of the Hip Hop group Sonz of the Most High for more than 10 Years.  The group released two albums, Shut Up and Listen and Hell, No We Won't Go!, five mixed tapes, and one EP.  He has toured around the United States and has been overseas to the continent of Africa.  The Arkutec released his first solo project entitled Voices N the Mirror in 2013, and followed up with his album Heart of A Champion in 2016.
In 2019 he released his first poetry/short story book Eyes Wide Ears Wider, along with several visuals. Driven by the books feedback, The Arkutec created the digital show Eyes Wide Ears Wider Poetry Cafe, which highlights incredible poets and music artist.

The Arkutec is passionate about creating a safe environment for children and families.  In 2003 he was the innocent victim of gun violence; he survived multiple gunshot wounds to the legs, shoulder, and face at the age of 20.  Rather than allowing that incident to defeat him, he started the Celebration of Life Foundation to encourage an end to violence by helping reconnect families and provide safe activities for them to participate in.  Through music, The Arkutec displays his true heart for the people in the community.

"If the devil ain't holding back why should I?"

"Everybody can't go into the fields I journey through, just like there are some places others go that I can't and I'm cool with that"

"I understand that I have a lot of Christian followers but this mix tape is not for the religious minded softhearted Christian. It's for those who don't know what church is like. Those who understand streets but at the same time don't understand why the preacher should be driving a nice car"

"If we are the body of Christ then let’s let each part function without casting judgment on one another. We'll get a lot further that way."

Mission: To encourage faith through stimulation of our mind and spirit by way of music.